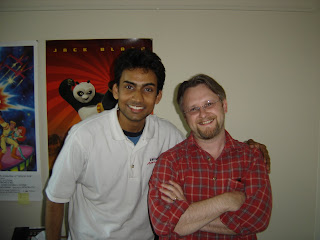 I'm standing next to my animation guru and friend, Jason Ryan (Glendale, CA). This was my first meeting with Jason and just I can't explain my feelings in words. On Friday night, Jason took me to his favorite Indian restaurant named Akbar, and we had a delicious Indian dinner! He really loves Indian food - which is great! Afterwards, we went to a theater to see Wall-E. The theater was pretty far from the place we had parked the car. And because of this, we had to take a long walk. Jason walked really fast. Although, I'm a six foot tall guy, I was having a hard time catching up with him (okay, maybe because my stomach was full at that time but I still can walk really fast!). He is a highly energized man and walks really fast (taking his height into consideration). He walks with a lot of up and down movement in his walk! When we were watching Wall-E, I kept looking at Jason's face trying to figure out what he was thinking about. And he looked quite pensive... maybe he was thinking about the animation style or acting....I couldn't fathom... all I knew was that he was just thinking really hard! He barely laughed at the jokes and gags.... and after a few hours, when a female robot, EVE (Extraterrestrial Vegetation Evaluator) kissed Wall-E, Jason finally smiled!! He might have smiled somewhere else, but maybe I didn't notice. On the way back, he dropped me at my apartment. He really is a super sweet guy! 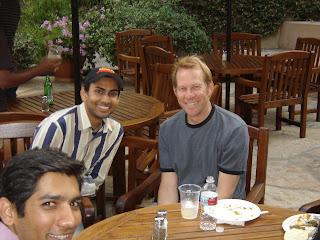 Dave Burgess with me and my friend Soumitra (bottom left corner), Glendale, CA 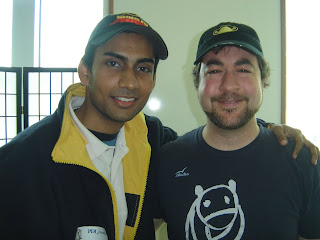 Jason Schleifer with me (at PDI DreamWorks, Redwood City, CA) 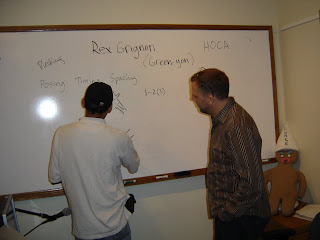 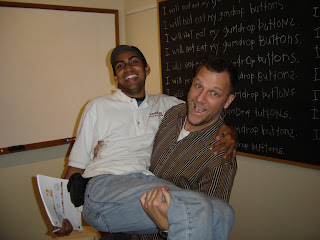 Rex Grignon suddenly picked me up and I was screaming for life...!! Then suddenly I realized its just for a picture! huh...(PDI DreamWorks) 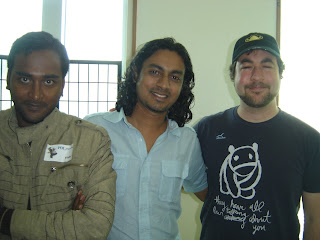 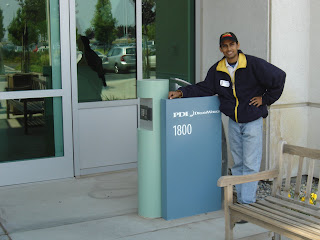 I'm standing at an entrance of PDI DreamWorks 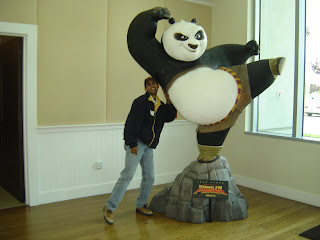 Standing next to the Panda character (don't remember his name... heh)

So, this is it for now. I'll post more pictures later. I hope you enjoyed it! :)

I'm alive..... yes, I'm alive!! Hurray!!!!!..... Right now, I'm in Glendale, CA and getting my training at DreamWorks Animation SKG. This place is crazy man.... it is full of animation vibrations and animation is flying all around the place.... I'm just loving it! Few days back, we all went to San Francisco, CA and visited PDI DreamWork in Redwood City. We spent a whole day there in PDI and it was simply great! I met some great animators like Jason Schleifer and Rex Grignon.... Now I'm back to Glendale. Yesterday, I met Jason Ryan and.... my animation guru!!! And I also met Dave Burgess!! Now I will be learning a lot from these guys. AAH... I'm meeting all the great animators. They are all animation God....do you know how it feels to meet an animation God? Your heart beat will increase 10000 times and you'll start shaking!! I was shaking like hell, but they were super nice and friendly and they did their best to make me really comfortable. :) heheh
I have taken a lot of pictures and I will post them as soon as I get some free time.

Cheers guys!
-A
Posted by Amrit Derhgawen at 5:41 PM 4 comments: